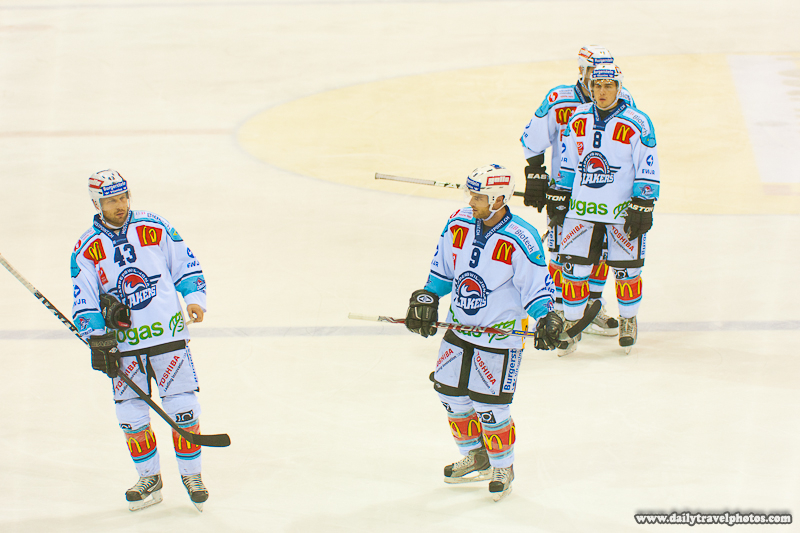 The advertisement-covered uniforms of the Rapperswil-Jona ice hockey team in Switzerland.

Say what you will about "selling out" and what nots but I happen to like the look of the full-body advertisements on the uniforms of Swiss players. A downside is that you have to stare fairly hard to find the player's number and name hidden among the patches of ads. But imagine how cool it would be to have the little green Google android on the shoulders of the players!

Frankly, I'd think that's money poorly spent from an advertising budget. Honestly, does any fan even look long enough at the referees to be impressed by any of the ads that adorn them? I'd think not.