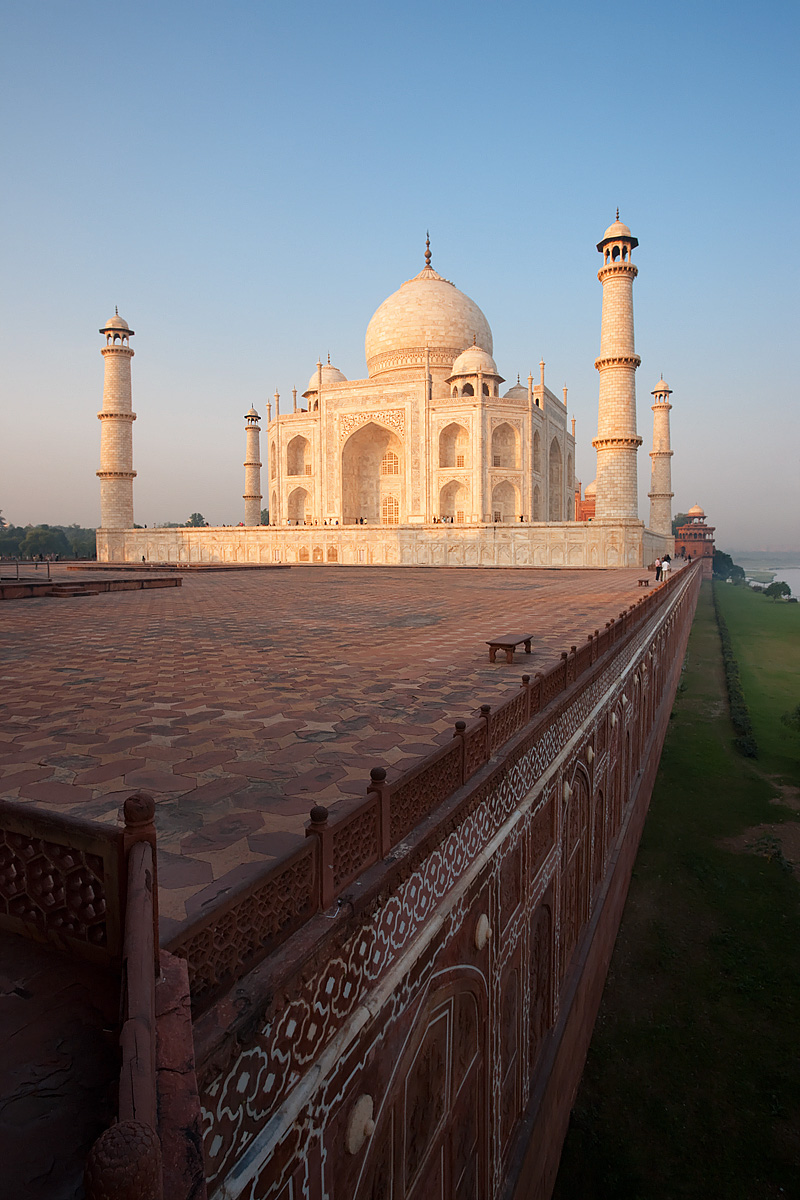 The Taj Mahal at sunrise bordering the south bank of the Jamuna river. (From the archives due to time restraints.)

The time gets later and later in this daily series of Taj Mahal photos. As you can see, still there aren't many people cluttering up the Taj Mahal itself. Most of the lemmings are battling for position at the "cliche" postcard picture spot, which is exactly where I was about 10 minutes earlier, prior to dashing around the complex like a phantom.

FYI, I did a terrible job being a digital janitor. In typical Indian fashion, the grassy area at the bottom of the screen was absolutely littered with, uh, litter. You can see the remaining white dots on the grass from poor spot healing in Photoshop.

A wonderful angle, totally deferent shot from others did. congrats