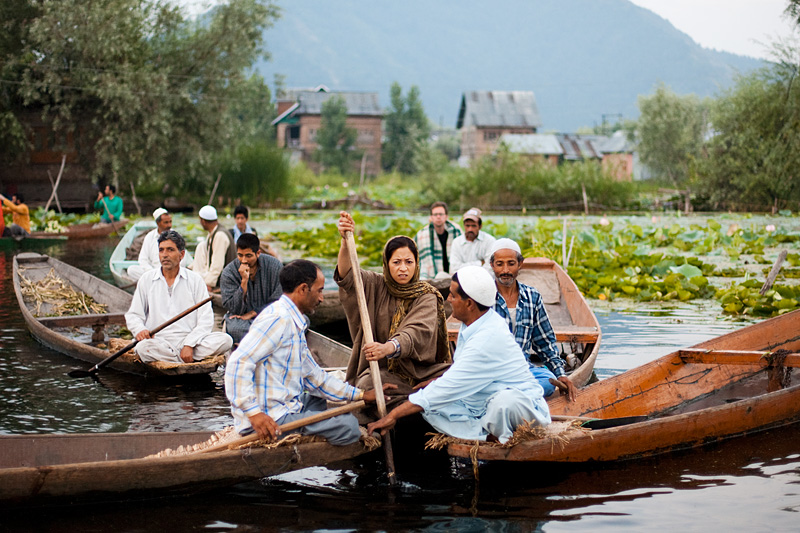 A Kashmiri woman is physically barred from boating away at the floating vegetable market.

Although this type of behavior to women is far from commonplace, it's disturbing nonetheless. The subject of our photo is one of two women regarded with pity each morning at the floating vegetable market (see yesterday's photo for more background). For whatever reason, she's being physically detained. Developing world men live by a strange code of conduct when strangers' eyes are on them. Notice that despite the forced immobility, the two Kashmiri men are respectful enough to refrain from laying a hand on the woman. That would be unconscionable. I can only guess at what happens without the presence of the policing eyes of strangers. 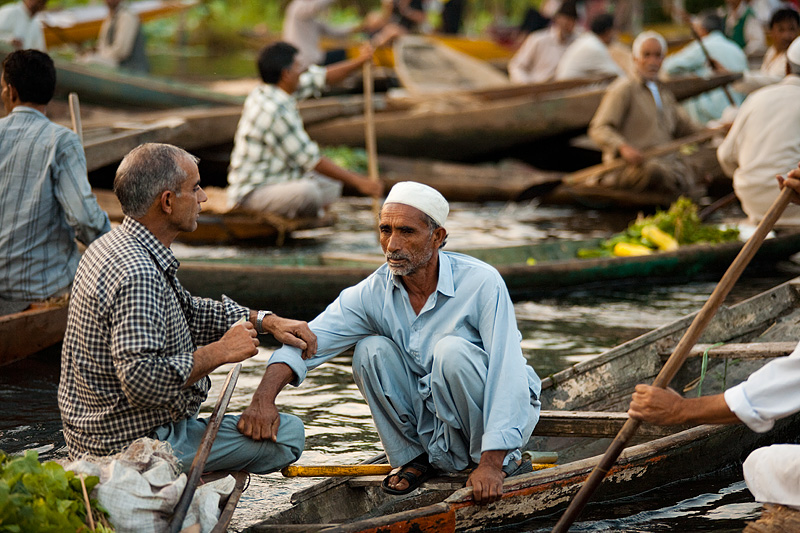 Muffled anger and passive aggressive grabbing ensues after something derails these veggie talks. Who would've thought dealing in an apparently harmless business such as vegetable-mongering can lead to fisticuffs and heart-shaped paddle swinging. 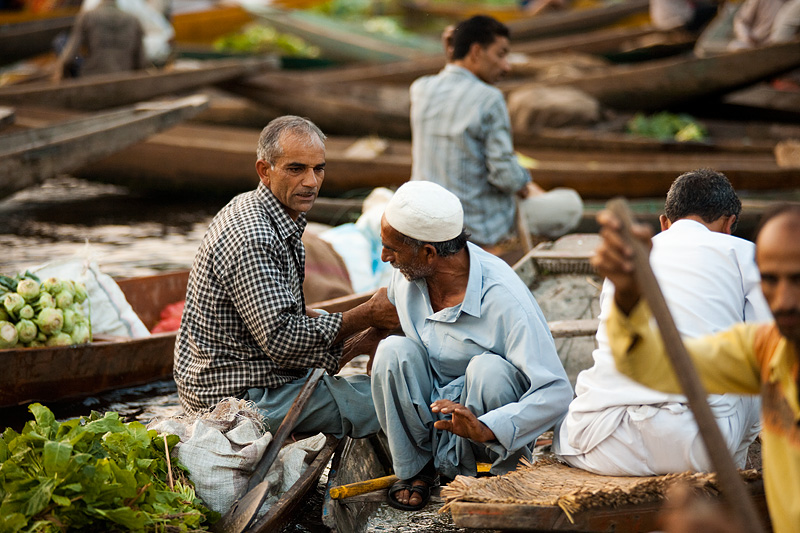 A vegetable transaction goes tragically awry and a man is detained by the seller.

I wish I could say man on man floating market aggression weren't frequent. However, I can't. In three trips to the floating market, I consistently saw this type of man-handling and near-bouts of rage between Kashmiris. That's not to imply that Kashmiris aren't amazingly gracious hosts and overly kind human beings. Perhaps there loom dark secrets for those that dabble in the sinister veggie trade. Personally, I'd be rather agitated if I had to wake up at 4am each morning to peddle carrots to some scheister. 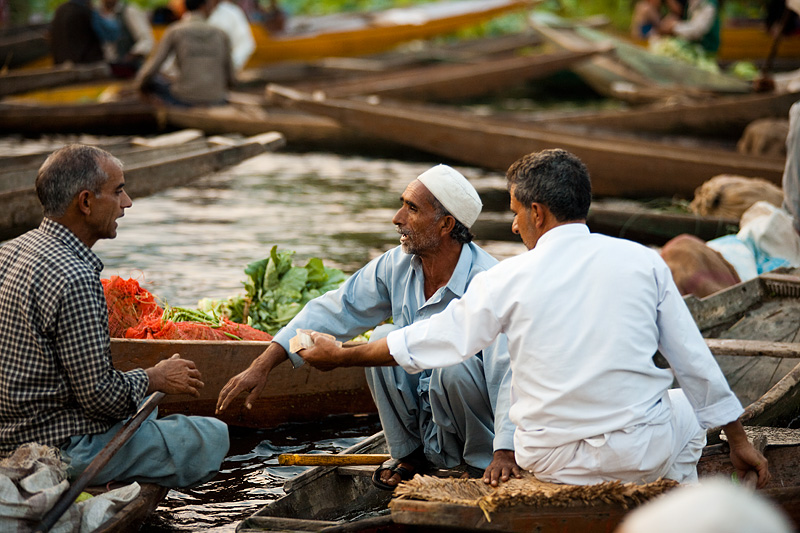 A vegetable impasse is quickly resolved by a third party's sop.

Most of these disagreements are thankfully resolved without the use of blunt weapons or insults aimed at poorly groomed facial hair.

I love all of these, but the top image is AWESOME!!!

Ya, nice photos Pius. Really nice. Although I want to know more about the woman and why she can't leave. If she is there to purchases produce then what is the issue?

Thanks Michael! Kinda lucky to have been pointing the camera that way at that moment.

Chowder, I'm not really sure why these fights often broke out at the floating market. I wish I knew the reason why they're detaining her.