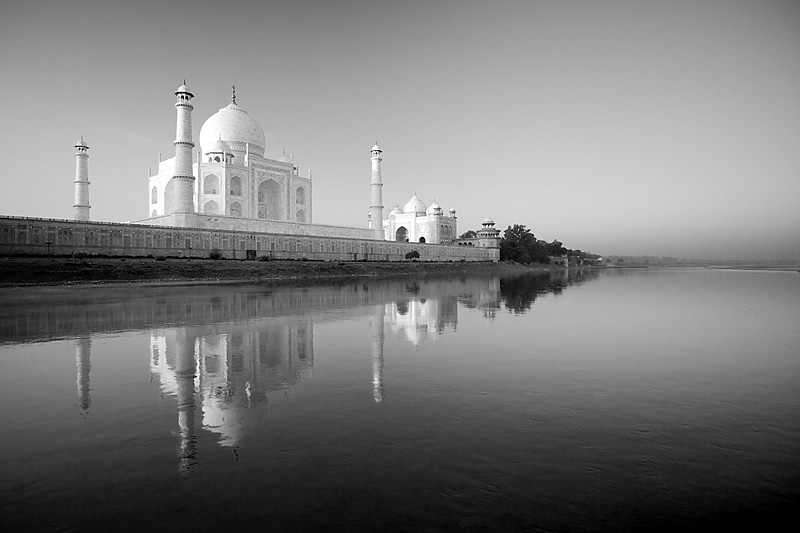 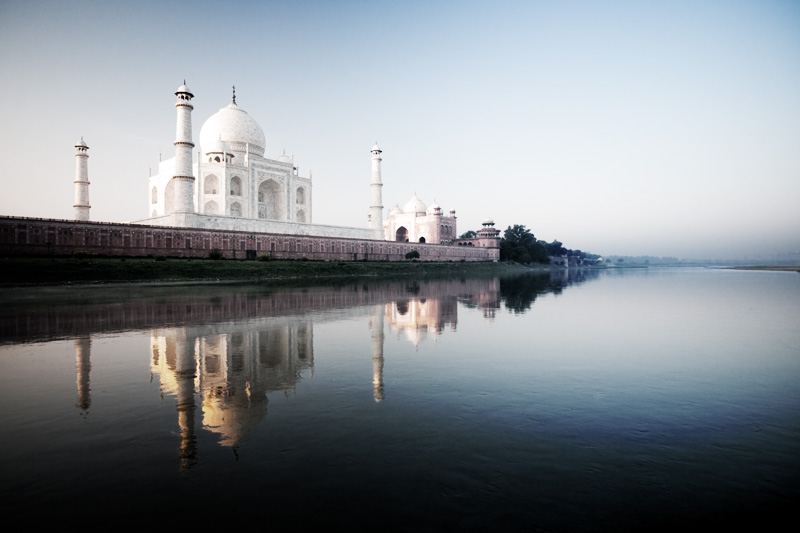 The rear of the Taj Mahal seen from a boat on the Jamuna River.

Take your pick... color or black and white. But give it a moment to load. I swear it, my 2010 new year's resolution will be to include a "% loaded" bar for every Flash object I create.

This photo nearly didn't happen. Behind the Taj, there is one boatman that holds the monopoly on all paid rides on the Jamuna River. He began with an incredibly high and offensive price. After 5 minutes I returned with a counter-offer, knowing I didn't have much time left until the sunrise was finally visible. A few more volleys later, he arrived at a price that was still in gouging range. I grudgingly accepted his offer just in time for the sunrise colors to hit the side of the Taj Mahal.

Edit: A pre-loader has been added (as of Jan 2, 2010) to this swf object. Thanks to Tutvids for the great preloader tutorial: https://www.tutvid.com/tutorials/flash/tutorials/as3Preloader.php

That's one place I didn't make it to when I was in Agra. Only went to the front of the Taj. I did cross the bridge over the river in the back to go to the baby Taj. I like the black and white version more as I feel it's a bit more balanced.

wow, that's cool! I like the "slide method" to switch the photos!
And the Taj Mahal reflection on the water is prettier in the color version!