A store owner sits cross-legged in the cramped quarters of his jewelry store.

Ok, I'm about 80% over my illness and willing to take a shot at more uploaded photos but I reserve the right to take frequent breaks or wildly run to the nearest toilet.

Space is at a relative premium for those selling merchandise at razor-thin margins. When you're making fractions of a rupee per item, it makes sense to minimize store real-estate and maximize the amount of Chinese-made plastic junk jewelry. 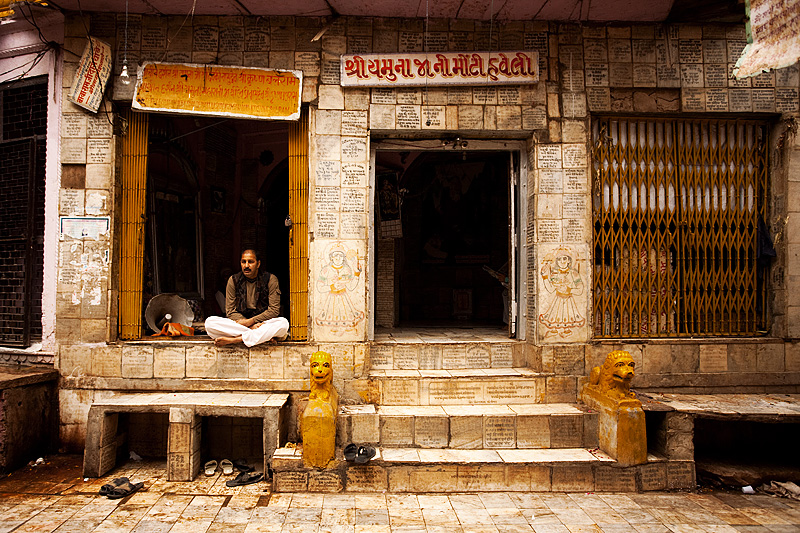 A caretaker sits cross-legged in front of the "home of Krishna's parents."

As mentioned earlier, Mathura's claim to fame is that it stands as the birthplace of one rascal of a god (or sexual predator), Krishna. As I passed in front of this building, the man tried to lure me with the claim that his building was the home of Krishna's parents. I would've believed him were it not for his outstretched hand and open palm where I was to place a handsome donation. I decided to forgo the invitation. A few hours later, in a different part of town, another man sitting in front of a house claimed he'd allow me into his building, yet another home of Krishna's parents. Fool me once, shame on you. Fool me twice, shame on you again, because I never fell for the first scam you incorrigible nutbags.