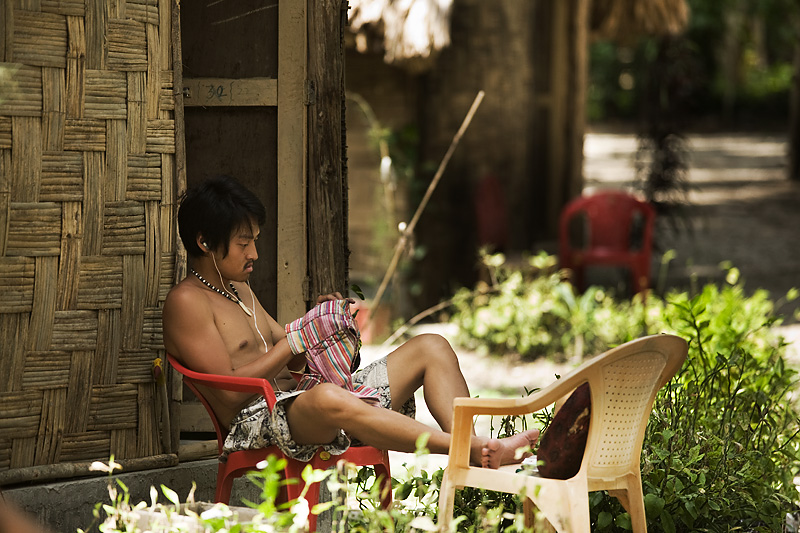 Korean backpacker, Sung Jeh, sews a new bag from scratch in front of his $3/night hut.

I'm often asked by non-travelers what I do and where I stay during my travels. My hut-mate, Sung Jeh, demonstrates the answer to both of these questions. Although we don't sew on a daily basis, leisurely pursuits often take up the greater part of our day. On these Andaman islands, the intense heat often prevented us from doing much during the midday sun. At these times we would sit around talking, reading or taking care of the little things that niggle at us, such as patching that worn pair of shorts, reading Catch-22 I've tried to finish 3 times (unsuccessfully), or chain-smoking cigarettes while drinking unhealthy amounts of Diet Coke. 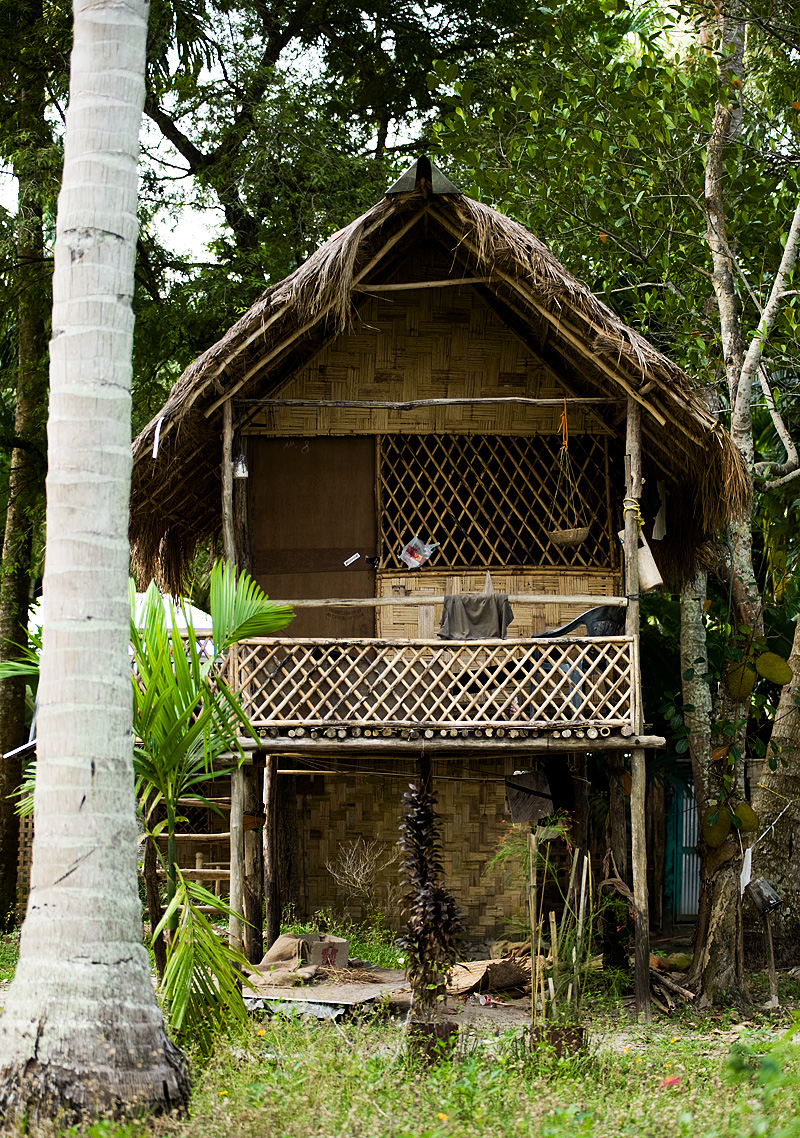 My two story hut on Havelock Island for $4/night.

To procure housing, more often than not, I refer to a travel guidebook that lists reviewed budget accommodations. Surpassing the guidebook's recommendations are word-of-mouth traveler recommendations.

This particular two story beauty was a direct recommendation from a French couple (seen below) who I met after they'd just come from this hotel located on the island to which I was going. 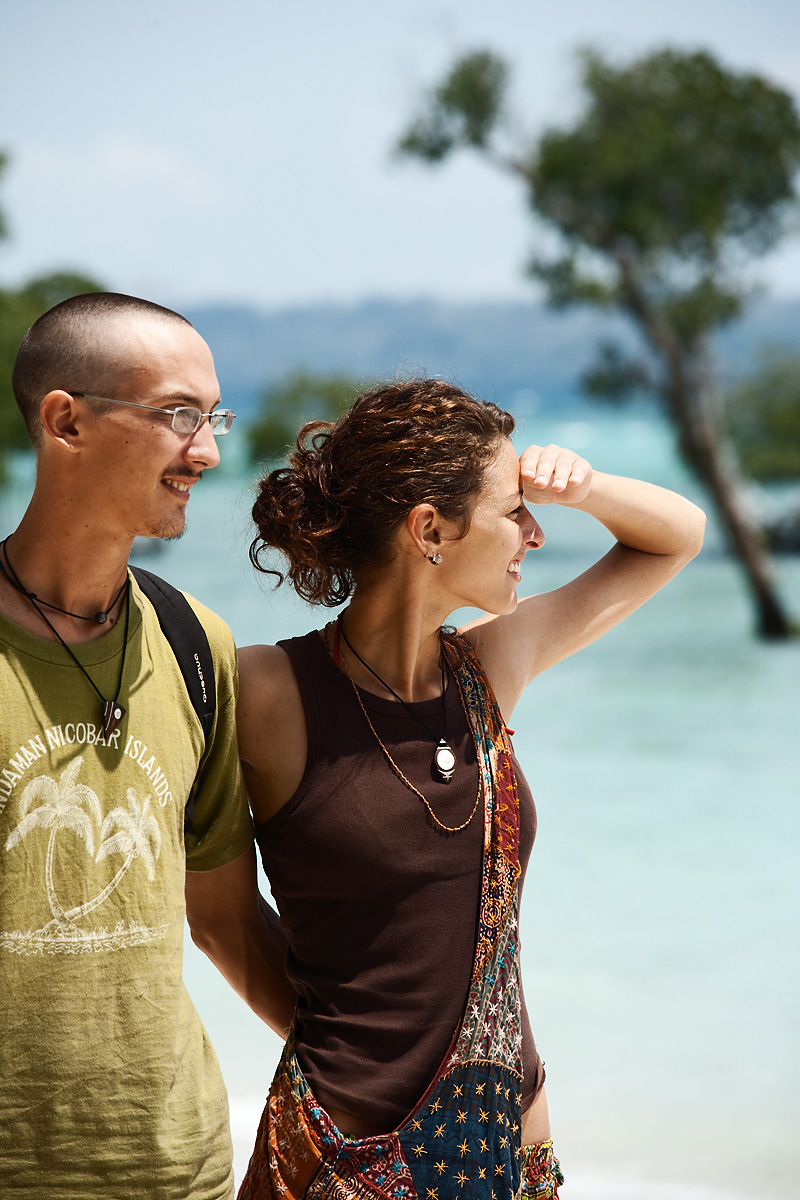 Another question I often receive is, "don't you get lonely traveling alone?" To which, I reply, I'm always meeting new people. Whether at a hotel, train station or boat ride, it's frankly impossible not to meet anyone. I met Sung Jeh (first photo above) at the pier waiting for our boat to Neil Island. We shared a taxi to the hotel which only had one hut available. As a result, we shared the hut like we were life-long pals. The more obscure the destination, the greater the trust I have in a person I meet there. In the three weeks we shared the hut together, I didn't have a single issue with Sung Jeh.

I met Nico and Marie at the hotel on Neil Island. The greatest skill I've learned during my travels was to break down the walls I'd built up during my years of living on the east coast of the United States. I've overcome that inner voice warning me not to talk to a stranger because they'll reject me or to avoid eye contact with anyone walking down the street. Nico and Marie were sitting in the common area and despite being French, they greeted me warmly the first time I walked by and invited me to join them. This type of behavior is the norm, not the exception amongst backpackers.

By choosing to budget travel, particularly long-term backpacking, we essentially place ourselves amongst a group of people who already share beliefs about travel, life, religion and more often then not, politics. At budget huts like the ones seen above, it's expected to say hello to your neighbor and strike up a conversation. Those that violate this norm are considered strange or quite probably Russian.

The fact that you live out of a backpack, if you don't like a place or the people there, you simply pick up and move on to the next destination. Often the friends you made there accompany you to the next place.